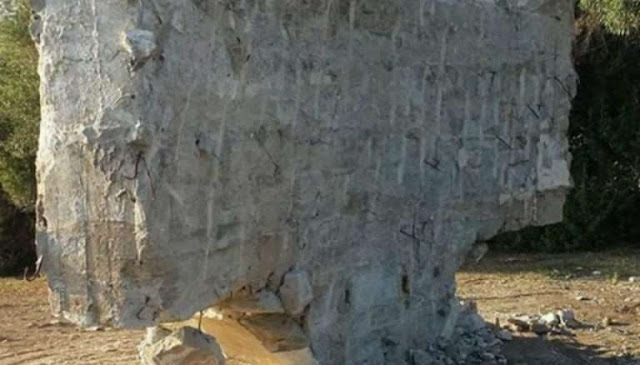 The Turkish government has defaced an Anzac monument at Gallipoli, possibly as part of an Islamist push.
The 1985 memorial used to bear the words attributed to the founder of modern Turkey, Mustafa Kemal Ataturk, which welcomed the Anzac dead.
"Those heroes that shed their blood and lost their lives... You are now lying in the soil of a friendly country. Therefore rest in peace. There is no difference between the Johnnies and the Mehmets to us where they lie side by side here in this country of ours," it read.
"You, the mothers who sent their sons from faraway countries, wipe away your tears; your sons are now lying in our bosom and are in peace. After having lost their lives on this land they have become our sons as well."
Turkey says the words were removed as part of a "restoration" process on the Gallipoli peninsula.
But some historians believe the real reason is to minimise the secular nature of the monument, and emphasise the Islamic angle of the WW1 conflict, The Guardian reports.
They believe Turkish President Recep Tayyip Erdogan wants to cast Gallipoli as a crusader invasion, resisted by jihadi defenders.
Mr Erdogan has already used the victory against the Anzac forces as propaganda for his own political purges.
"The crusades were not [finished] nine centuries ago in the past! Do not forget Gallipoli was a crusade," The Guardian quoted President Erdogan as having said.
"Because the Erdogan government is in power, Islamists are now in the ascendant - as the new Gaba Tepe interpretative centre [at Gallipoli] shows. It depicts Turkey's 86,000 Gallipoli dead as 'martyrs', dying in a fight against Christian invaders," University of New South Wales Canberra history professor Peter Stanley told the paper.
"Hitherto, Turkish memorials on Gallipoli have praised Mustapha Kemal Ataturk's leadership. Their destruction preparatory to 'renovation' [of the Anzac Cove Ataturk monument] signifies that the secularist adulation, formerly the orthodoxy, is being challenged and supplanted by a new, theocratic interpretation."

This is disgusting.  What was once a country of respect and diversity is now becoming as monolithic as its' neighbors.
Posted by Damien at 10:53:00 AM

Email ThisBlogThis!Share to TwitterShare to FacebookShare to Pinterest
Labels: ANZAC