I lived in Florida for two years.  I never met anyone that I'd call a crazy but clearly they are there.


(CNN)Two central Florida teens were arrested Thursday on suspicion of planning to commit a mass shooting at their middle school the next day -- an alleged plot that came to light through rumors circulating among students, authorities said.
The boys, 13 and 14, were arrested at their homes. They're accused of planning to open fire Friday at The Villages Charter Middle School near the city of Wildwood, the Sumter County Sheriff's Office said.
Officials investigating the rumors learned that some students had been warned not to come to school on Friday, according to the sherrif's office.
CNN Map

Wildwood, Florida
© Mapbox © OpenStreetMap Improve this map
In talks with investigators, both suspects admitted to talking about the plan, and both mentioned the deadly 1999 mass shooting at Colorado's Columbine High School, a massacre that happened a few years before either of the teens was born, the sheriff's office said.
No information was released by the sheriff's office about a motive for the alleged plot or details about the context in which the students allegedly mentioned the Columbine shooting.
"The Sumter County Sheriff's Office is grateful for those students brave enough to speak out about the plot. Their heroic actions may have prevented a deadly tragedy and loss of precious lives," the office said in a statement.
The teens, whose names have not been released, have been charged with conspiracy to commit murder and were put into the custody of the state's juvenile justice department, the sheriff's office said.

Police: Firearms found at homes, not at school

The investigation began after classes on Tuesday, when officials and a police officer assigned to the school learned of the rumors, the sheriff's office said. 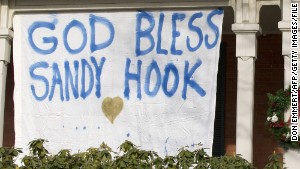 US School Violence Fast Facts
After determining a 13-year-old boy was accused of planning the attack, authorities stopped him as he arrived for school on Wednesday. The boy acknowledged conversations about the alleged plot, and referenced Columbine, according to the sheriff's office.
Officials learned about a 14-year-old boy's potential involvement during that conversation, and found him on campus. The older student "acknowledged his involvement in conversations with the 13-year-old student again referencing the Columbine shooting," the sheriff's office said.
"The student informed officials that the two students had planned an attack which included what they would use as a signal to open fire," the sheriff's office said in the news release.
Investigators found no weapons on the students or in their bags or school lockers. But authorities found firearms in a search of their homes on Thursday, according to the sheriff's office.
Authorities have not said who owned the weapons.
Both teens were arrested Thursday -- the 13-year old at his home in Fruitland Park, and the other teen at his home in Wildwood, the sheriff's office said. Wildwood is about 45 minutes northwest of Orlando.

Classes are being held Friday as scheduled, and more sheriff's deputies than usual will be on campus, the school's education director, Randy McDaniel, said in a letter to parents.
He said officials determined that no one was ever in imminent danger.
"We ... will do our best to conduct a normal school day (Friday)," McDaniel said in the letter. "... Obviously, student safety is our number one concern. We believe Friday's school day will go well, but as is always the case, we respect any parent's decision regarding their own children's attendance."
CNN's Tina Burnside contributed to this report.
Posted by Damien at 11:31:00 AM