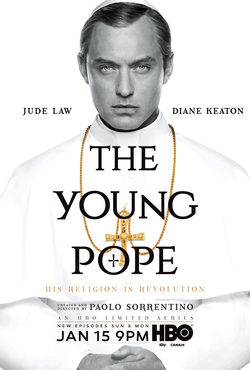 I have just watched episode 1 of the HBO Series - The Young Pope.

It stars Jude Law as an american who becomes the Pope of the Catholic church.  "Lenny Belardo" is elected Pope Pius XIII.  He is a chain smoking conservative who has quite the hand on power.  It is too early to give a review of the series.  I was not particularly overwhelmed by the first episode, which is unusual for a television series.  They usually like to pack a punch early on to get you hooked.

I am not hooked but I am keen to see where this goes.

Jude Law so far is intriguing as Pope Pius XIII.  He, unfortunately, has the stereotypical American personality - Bluster; Arrogance; Disrespectful; Status greedy.   I am hoping that he is fleshed out better in episode 2.  Otherwise this will be an obvious imagining. 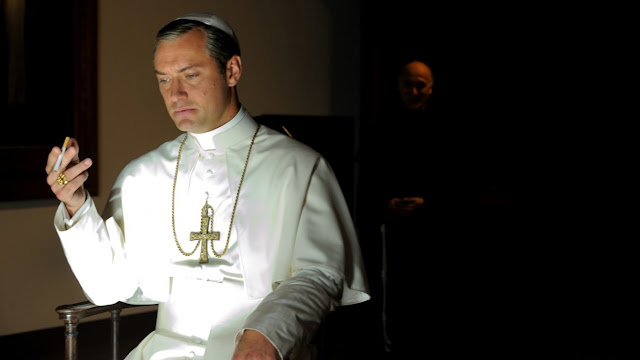 Diane Keaton (Seen below with Jude Law's Pope) on the other hand looks to be the bright role of this show as Sister Mary, who brought up Lenny/Pope Pius as a child and helped him mature to the Pope he is today.  She gives a wonderful glimpse of her stalwart loyalty mixed with a strong hand of reality. 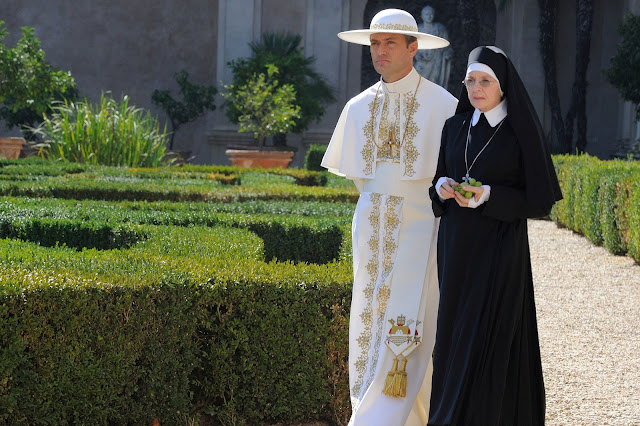 A synopsis of the show can be found HERE.

Email ThisBlogThis!Share to TwitterShare to FacebookShare to Pinterest
Labels: HBO

We just watched the first episode last night and I think I'm hooked. Looking forward to seeing more of Law and Keaton.

I'm looking forward to seeing more. Its an interesting premise for a series.

Soz. Gave up after episode 1. Diane Keaton a nun?
JP