So the Donald thought he would stalk Hillary across the debate stage last night as so..... 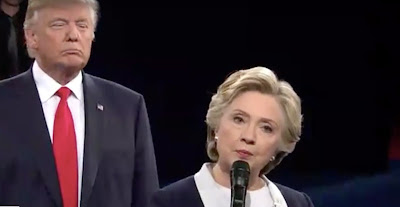 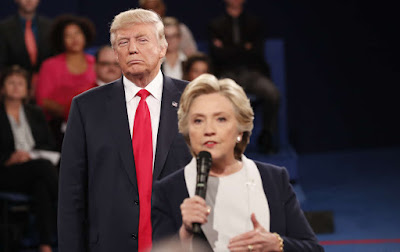 Thankfully, Hillary Clinton is no normal woman.  She's dealt with these types of men for over 30 years.

And quite frankly, Trump will end up as a smear on the bottom of her Prada slips on November 8.

Donald is a predator.  But Hillary is not prey.