First Out Gay Member of the Royal Family

**article reprinted with thanks from Towleroad - link in sidebar 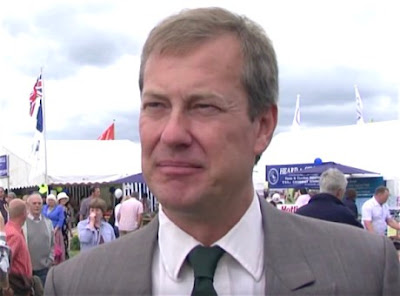 Lord Ivar Mountbatten, the Queen’s cousin, has come out as gay in an article in the Mail on Sunday and is the first member of the Royal Family to come out of the closet.


It is a decision which has the blessing of his ex-wife and children, his wider family and his life-long friend Prince Edward, to whose eldest child he is a godparent, as both the Earl and Countess of Wessex are to two of his daughters.
‘Being a Mountbatten was never the problem,’ he says, ‘it was the generation into which I was born. When I was growing up, it was known as “the love that dare not speak its name”, but what’s amazing now is how far we have all come in terms of acceptance.
‘”Coming out” is such a funny phrase but it’s what I suppose I did in a rather roundabout way, emerging to a place I’m happy to be. I have struggled with my sexuality and in some ways I still do; it has been a real journey to reach this point.’﻿

Mountbatten, who is the great-great grandson of Queen Victoria, also introduced his partner, James Coyle. The couple met at Verbier, a resort in Switzerland. 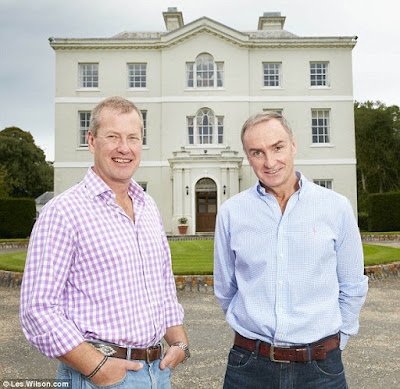 The couple seems a bit stiff. You’re definitely not going to be seeing any PDA:
Both Lord Ivar and James grew up in an age when to be gay was to conform to what they call ‘a John Inman stereotype’, something they are determined to avoid. They have a pact: no public displays of affection unless it’s a hello or goodbye hug, never holding hands and no dancing together at parties. Today there are no endearments or pet names. ‘Soppy? Ugh, no, not us,’ says James.
Posted by Damien at 2:52:00 PM